Week three has started to show some significant improvements within the gym, mostly, than the running side of training.

On the roads, I ran my first 5k since the GN5K last month and it was totally pain free! Albeit, it was slightly sore at first, I’m presuming this is because I’ve not really used my hamstring muscles for a while. I think mobilising and warming up via my bike is helping massively.

Anyway, here is week three of Building A Runner! 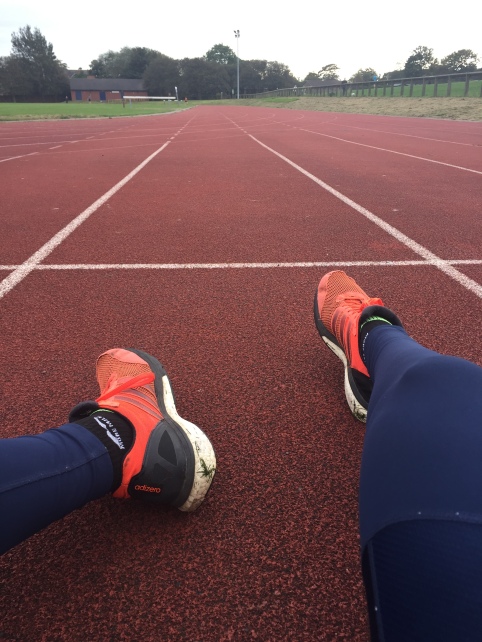 The fact that I’m running injury free is fantastic and I’m so happy that I can start running again without the niggle of that hamstring. I think introducing mobility exercises after cycling back from work has made the difference, as too has the hamstring strengthening elements I’ve been using in the gym. The squatting will help with my glutes and lower legs but the addition of the raises and SL dips will make the that bit more stronger – even though it was only one gym session during the week, I want to be back on it for the fourth week.

Sleeping in for the Parkrun wasn’t cool, totally my bad. Emma asked if I wanted to join her and Ben at North Shields Running Track to do a session. Which at first, I was hesitant but once I got going, I absolutely loved it! It’s been years since I was last on a track and that was with my old sprinting group (2007-2013), so completing over 2000m and still able to walk felt so good and I actually felt strong!

This week hopes to bring with it not just one step closer to a 100kg squat but also 2-3 running seasons over the week. The Thursday that has been used as a rest day should be replaced by a speed/running session, which I’m leaning towards hills, speed work as well as that eluded Parkrun!

GOAL FOR THIS WEEK: ACTUALLY Clock in a Parkrun