Two weeks have flown by so quick that I have genuinely forgotten about the blogging side of A Runner’s Ramble.

There a simple explanation for this and here it is, my Twitter account got hacked. It was hit so badly that the social media channel confirmed that there would be no way to regain control because details have been changed – meaning I had to make a new one.

That’s three year’s worth of updating and making connections, gone down the pan. I am annoyed and I am frustrated, it’s not the end of the world by no means, but it’s just a bit crappy that someone has done this.

Anyway, enough of me ranting, I’ll get back to my running log.

For the final day of March, I ran up one of the hills near mine to nail some speed work with a 6 x 3 minute session, sore but feeling great, especially in the rain. On Saturday, for the 1st of April, I finally got to log in a Parkrun in Whitley Bay – no April Fools here! To be honest, I wasn’t happy after the run.

As I checked the time – 23 minutes…really? I’d been running sub 23 times constantly and to see that time flash on my screen was disappointing but I knew there could be a course that, if flat and good conditions, I’d run a low or sub 22 minute race.

I know that there’s modernisation work going on at Whitley Bay and my goodness it’s a popular run – the promenade is simply breathtaking in the sun – but I wanted to have a clear run but found myself having to chance running up a hill into oncoming running traffic, I’ll be back there, without a doubt, but I want to wait until it’s all finished.

The week after was a daily quiet one, as I was due to fly out to Dublin for a friends stag do. I wanted at least one run in and it had to be a hard one to keep me ticking – cue the 40 minute time trial.

I found a route I could possibly do within the allotted time in, it was testing, quick and most of all, quiet. Running hard made the session incredible and being able to hit a fast pace consistently felt amazing, I felt amazing more-so, hitting just under five miles was encouraging too. It left me feeling confident that my training is coming together nicely and that I’ll peak nicely ahead of the Siglion Sunderland 10k. leaving me to enjoy my weekend in Ireland. 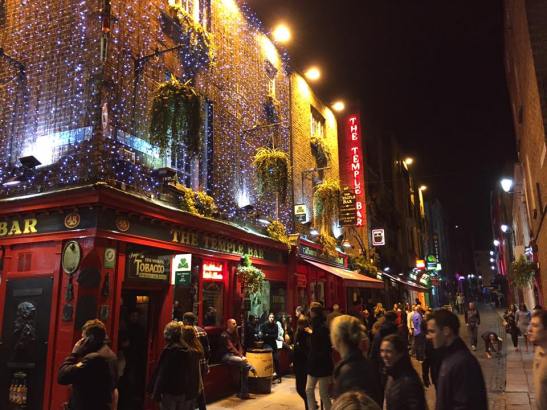 Upon my return, I decided to give myself a couple of days off, my body was tired as I did a lot of walking in the city and, well, ate a lot of food and felt a little bit tight in my glutes, quads and hamstrings, so I didn’t want to take the risk.

Hopefully, I should be back on the trail, with less than a month to go, the time to tapering is just around the corner.

One thought on “The One With a Trip To Dublin”